A Message From NYCM’s President 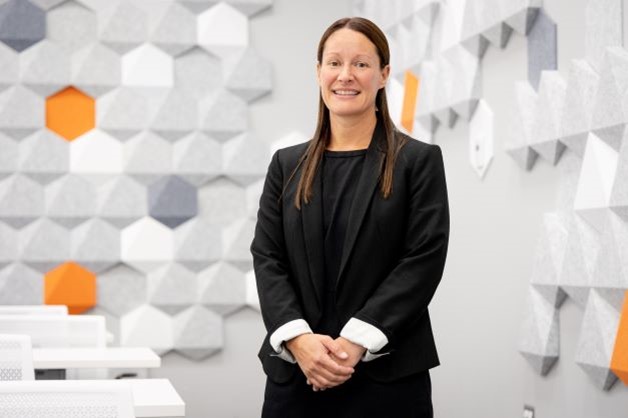 We are a property and casualty insurance company located in central New York that employs over 800 dedicated insurance professionals. Our company was founded in 1899 by my great great grandfather, VanNess DeMar Robinson. Our family, now in its fifth generation, continues to manage NYCM, providing the same service and security this company was built on over 100 years ago.

While our logo and brand name have changed through the years, our commitment to our insureds has not. Since our beginning, NYCM Insurance has been committed to protecting the things that matter most to our customers. Our loyal and caring employees are dedicated to delivering a quality, personalized customer service experience they can depend on from one generation to the next.

Please accept my invitation to explore our site and discover the various ways NYCM Insurance and its subsidiary companies are translating our Commitment into action.

It will be easy to choose us when you know who we are and whom we work for...You. Thank you for your business.

Company Name: New York Central Mutual Fire Insurance Company (NYCM)
Business Function: Property and Casualty Insurance Company
Company Mission: Since 1899, NYCM Insurance has been committed to protecting the things that matter most to you. Our loyal and caring employees are dedicated to delivering a quality, personalized customer service experience your family can depend on from one generation to the next.
Year Founded: 1899
Founder: VanNess D. Robinson
President (CEO): Cheryl Robinson
Employees: Over 800

The year was 1899. As the nation was poised to enter the 20th century, the quiet upstate New York Village of Edmeston became home to an innovative new enterprise — New York Central Mutual Fire Insurance Company. In order to represent the characteristics of strength, security and service to its policyholders, a train was chosen as the symbol for the new company.

In 1916, under the leadership of founder VanNess D. Robinson, New York Central Mutual relocated from the Opera House Block Building to the second floor of the First National Bank of Edmeston.

In 1962, our company moved to a newly constructed headquarters at Central Plaza East in Edmeston. More space was added to the home office complex in eight stages from 1969 to 1991.

Continued strong growth led to the opening of our Amsterdam, NY branch office in 1989, specifically for claims processing. The following year an office was opened to handle all underwriting and claims processing for our Assigned Risk Auto business in Sherburne, NY. In 1991, the independent adjusting firm of Albert F. Stager, Inc. in Orchard Park, New York, was acquired.

In 2001 our newest subsidiary, A. Central Insurance Company, was launched. This new company offers alternative options in meeting an individual’s insurance needs within the mid-market insurance industry and delivers the same high standard of service to its customers. Also during 2001, the formation of Central Services Group was developed as the umbrella organization for the company’s growing operations. The organization will help New York Central Mutual prepare and further expand to meet the evolving needs of the 21st century.

Today, as New York Central Mutual operates three branch offices across New York State and enters its second century of service, we have established our presence as a leading personal lines insurance carrier.

We found multiple results for . Please select a zip code: